Robert Lemen Garetson was born on 30 November 1866 at Odin, Marion Co., IL.1 He was the son of James Lemen Garetson and Sarah A. Harlow.1 Robert Lemen Garetson married Rosa May Van Riper.1 Robert Lemen Garetson married Bertha Elizabeth Ball, daughter of Lucius Ball and Ann Eliza Cushing, on 18 October 1886 at Poplar Bluff, Butler Co., MO.2 Robert Lemen Garetson died on 6 November 1919 at San Diego, San Diego Co., CA, at age 52.3 He was buried on 11 November 1919 at Cypress View Mausoleum and Crematory, San Diego, San Diego Co., CA; cremated.3
Mr. Robert Lemen Garetson, the subject of our sketch, was born at Odin, Illinois, Nov. 30, 1866. At the age of five years his parents moved with him to Butler Co., Missouri; when he was fifteen years old he obtained a position with B. Duncan & Co. of Poplar Bluff, MO; he served this firm faithfully and efficiently for three years; at the expiration of which he severed his connections with them to enter the Bryant & Stratton Business College of St. Louis, MO., where he took a thorough business course. After leaving college he again engaged with B. Duncan & Co. for a short time. In about one year from the time he completed his business course he bought a half interest in the general merchandise business of his father's at Harville, MO. Soon after this he and his father moved their stock of goods to Poplar Bluff where they conducted a thriving business for seven years, when misfortune overtook them, and their store building with all its contents was burned to the ground. About the middle of November, 1893, immediately after the loss by fire, Mr. Garetson, undaunted by misfortune, went to St. Louis and bought a complete stock of general merchandise, which he shipped to Fisk, a saw-mill town, about eleven miles east of Poplar Bluff, and started in business again by himself. In December, 1889, Mr. Garetson married Miss Bertha Ball, of Ann Arbor, Mich., who was a beautiful and accomplished lady; she was a graduate of the Burlington College, Iowa. The result of ths union was one daugher, Nellie, born December, 1890. In December, 1890, Mrs. Bertha Garetson was called from the joys and pleasures of a happy home and loving friends to that uper and better land, leaving to the husband and father their bud of promise, now developed into a rugged, healthy and bright school girl.4

Frederick James Lewis was born circa 1873 at GA.2 He was the son of Henry Lewis and Phebe Maria Ball.1

Ada E. Lewis was born on 14 January 1875 at Atlanta, Fulton Co., GA.2 She was the daughter of Henry Lewis and Phebe Maria Ball.2
Her married name was McCash.2

Harry Lewis was born circa 1877.1 He was the son of Henry Lewis and Phebe Maria Ball.1

Marie Lewis was born circa 1878 at Atlanta, Fulton Co., GA.1 She was the daughter of Henry Lewis and Phebe Maria Ball.1

Emma Lewis was born circa 1880 at Atlanta, Fulton Co., GA.1 She was the daughter of Henry Lewis and Phebe Maria Ball.1

Mary Ball was born on 25 August 1802 at Newfane, Windham Co., VT.1 She was the daughter of Deacon James Ball and Mary Skovel.1
Her married name was Thurber.1 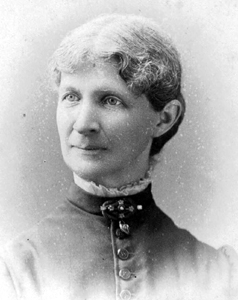 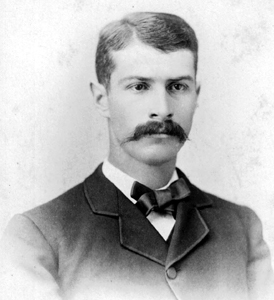 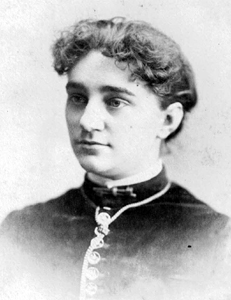