Children of Carder Hazard and Eliza (????)

Jane Hazard was born on 5 December 1810 at South Kingstown, Washington Co., RI. She was the daughter of Dr. George Hazard and Jane Hull.

William Henry Hazard was born on 12 February 1808. He was the son of Dr. George Hazard and Jane Hull.

Mary Hoxsie Hazard was born on 10 March 1815. She was the daughter of Dr. George Hazard and Jane Hull.

Laura Hazard was born on 4 November 1819. She was the daughter of Dr. George Hazard and Jane Hull.

Joanna Fitzgerald Hazard was born on 7 September 1821. She was the daughter of Dr. George Hazard and Jane Hull.

Children of Eliza (????) and Carder Hazard

Wallace Comstock was born circa 1853 at NY.1 He was the son of Jason Comstock and Lucy Ann Hull.1

Charles Comstock was born circa 1854 at NY.1 He was the son of Jason Comstock and Lucy Ann Hull.1 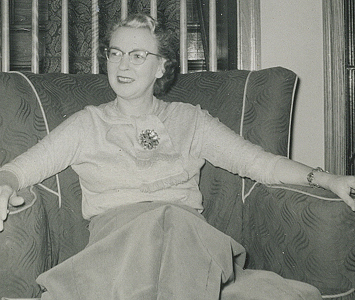 Beatrice M. Forsythe was born circa 1906 at NY.3 She married Elvin O. Bristol, son of James Wesley Bristol and Amanda Ball, circa 1926.3
As of circa 1926,her married name was Bristol.3

Vivian Bristol is the daughter of Elvin O. Bristol and Beatrice M. Forsythe.1

Alling Ball was the son of Alling Ball.1 Alling Ball married Dorothy (????) circa 1646. Alling Ball died on 21 September 1689 at East Haven, New Haven Co., CT; "Allin Ball son of Allin Ball died at Newhaven the 21 of Septr 1689."2,3
The Fugills returned to England in 1646, and Alling Ball was excused for tardiness on a training day because he was "with his sister Fugill upon her departure". Now if Alling Ball's wife had been Thomas Fugill's sister, that would have made Fugill his brother-in-law and the record would certainly have read that he had been with his brother Fugill, it is most likely that Thomas Fugill's wife was a blood sister of Alling Ball.4 Alling Ball first appeared in New Haven records in 1643.5

Children of Alling Ball and Dorothy (????)

Dorothy (????) married Alling Ball, son of Alling Ball, circa 1646. Dorothy (????) died on 22 February 1689/90 at New Haven, New Haven Co., CT.2,3
Comment by DGB: Donald Lines Jacobus wrote the following in "Notes on the Ball Family of New Haven" in "The American Genealogist" Vol. 10, pp. 209-210:
It was stated quite definitely in "A History of the Ball Family", pages 20-21, that Alling Ball married Dorothy Fugill, sister of Thomas Fugill, the first Secretary of New Haven Colony. It is much more likely that Thomas Fugill married one of those two unnamed sisters of Alling Ball. Evidence for the relationship is found in Records of the Colony of New Haven (vol. 1, p. 270). the Fugills returned to England in 1646, and Alling Ball was excused for tardiness on a training day because he was "w'h his sister Fugill vpon her depture". Now if Ball's wife had been Fugill's sister, that would have made Fugill his brother-in-law, but Fugill's wife would not have been related to him except very indirectly, and the record would certainly have read that he had been with his brother Fugill. Since the record actually does read, his sister Fugill, and since Mrs. Fugill was less important and less likely to be mentioned than her husband, we submit that Mrs. Fugill was the blood sister of Alling Ball, and that it was really she (rather than her husband) whom Ball attended on their departure.
The maiden name of Dorothy, wife of Alling Ball Sr., is unknown. It is probable that either his own sister, or (less likely) his wife's sister, was the wife of Thomas Fugill. End of comment. As of circa 1646,her married name was Ball.

Children of Dorothy (????) and Alling Ball 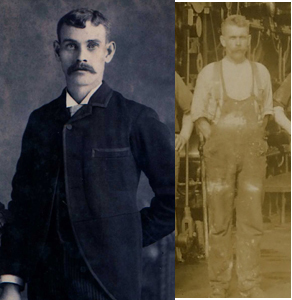 John Ball
b. 1861 Halesboro QC Canada
d. 1922 ME
John Ball was born on 2 October 1861 at Halesboro, Portneuf Co., QC, Canada.1 He was the son of Abraham Ball and Susanna Williamson.2 John Ball was baptized on 29 December 1861 at Church of England, Portneuf, QC, Canada.1 He married Elizabeth Caroline Jess, daughter of Thomas Jess and Caroline (????), on 3 November 1894.3,4 John Ball died on 12 November 1928 at age 67; as the result of a hunting accident.5,6 He was buried at Woodlawn Cemetery, Westbrook, Cumberland Co., ME.6
He was listed on the 1910 census as having married twice; if so, this would likely have been in Canada.7 He was admitted as a member to the Loyal Orange Lodge Institution on 28 September 1903 at Westbrook, Cumberland Co., ME.4 He was naturalized on 2 October 1922.8      Photos courtesy of Jean Pierce of Pismo Beach CA.

Abraham Ball was born circa 1824 at Ireland.1 He was the son of (????) Ball. Abraham Ball married Susanna Williamson on 6 July 1846 at the Cathedral of the Holy Trinity, Quebec City, QC, Canada.2 Abraham Ball died on 31 January 1892 at Halesboro, Portneuf Co., QC, Canada.2 He was buried on 2 February 1892 at Portneuf Mission Cemetery, Portneuf Co., QC, Canada, in an unmarked grave.3,4
He was a landowner in the sixth concession of "Hale's Borough". in 1859 at Halesboro, Portneuf Co., QC, Canada. From the records of Notary Antoine Olivier Mayrand, 29 January 1892, Record Number 5581 (Original in French - Transcribed and translated by Gerald J. Neville): Before Mtre Antoine Olivier Mayrand, Notary Public, in and for the Province of Quebec, residing at Deschambault, in the District of Quebec, undersigned, and the witnesses hereinafter named and undersigned, appeared Mister Abraham Ball, long-time farmer, living in the Parish of Notre-Dame-de-Portneuf, in the County of Portneuf, who being sound of mind, memory, judgment and understanding but sick of body as it appeared to the said Notaries and witnesses, considering the uncertainty of life and the certitude of death, requested the said Notary to receive these presents, his solemn will, that he made in the presence of the said witnesses, in the following manner, to wit:

1º I will and order that all my lawful debts be paid and my wrongs, if any, be satisfied by my Testamentary Executors hereinafter named and to their discretion I leave my funeral arrangements.

2º I give and bequeath to Mr. Samuel Ball, living in the State of Pennsylvania, to Mr. Abrahan Ball, and Dame Jane Ball, wife of Henry Johnson, Dame Suzanne Ball, wife of Ernest Sherman, these last three in the State of New Jersey, to Miss Marguerite Ball and also John Ball of the Parish of Notre-Dame-de-Portneuf, to each of my boys and to each of my girls, the half of one hundred piastres payable in two years from the day of my decease, instituting them by particular legatees, without interest. I give and bequeath all my other goods moveable and immovable that belong to me at my death, after my particular bequests have been met, to the said Mr. John Ball and Edward Ball as well as to the said Marguerite Ball, my children, to have and to hold the property and instituting them my universal legatees.

3º I nominate the said Edward Ball and John Ball my Testamentary Executors and revoke by the present all other wills and codicils that I may have made before this one and I claim that it contains my true last will.

And his present will having been read by Antoine Olivier Mayrand, the undersigned Notary, in the presence of Misters Thomas Jess, farmer, and Joseph Alfred Morriset, Agent at Portneuf Station, living in the Parish of Notre-Dame-de-Portneuf witnesses for these presents, the said Testator said that he heard well and understood, and persisted therein, declaring that it contained his true last will.

Done and made at the residence of the said Testator in the year one thousand eight hundred and ninety two on the nineteenth day of the month of January in the afternoon, under the number five thousand five hundred and eighty one of the minutes of the undersigned Notary 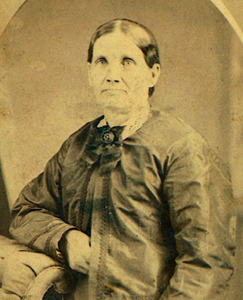 Susanna Williamson
b. c1828 Ireland
d. 1892 Halesboro QC Canada
Susanna Williamson was born circa 1828 at Ireland.1 She married Abraham Ball, son of (????) Ball, on 6 July 1846 at the Cathedral of the Holy Trinity, Quebec City, QC, Canada.2 Susanna Williamson died on 3 July 1892 at Halesboro, Portneuf Co., QC, Canada.3 She was buried on 5 July 1892 at Portneuf Mission Cemetery, Portneuf Co., QC, Canada, in an unmarked grave.4,5
As of 6 July 1846,her married name was Ball.2 She left a will dated 20 June 1892. On this day the twentieth of the month of June in the year of Our Lord one thousand eight hundred and ninety two, personally came, appeared and was present, Mrs. Susanna Williamson, widow of the late Abraham Ball of the parish of N.-D. de Portneuf. Who being sick of body but of sound and disposing mind, memory and understanding, as she appeared unto the undersigned Notary and witnesses, and desirous of settling her worldly affairs hath requested the said Notary to receive her present last will in the manner and form following, to wit:

1stly I recommend my soul to Almighty God, my Creator, the Father of all mercies, humbly imploring at His Hands forgiveness of my sins through the gracious intercession of my Redeemer Jesus Christ.

2ndly As to my funeral I leave the direction of the same to my executor hereinafter named.

3rdly I will and direct that all my just and lawful debts and funeral expenses be paid and satisfied by my said executor.

4thly I will and bequeath unto my daughter Miss Margaret Ball, living with me, all and singular the property moveable and immovable whatsoever of which I may be seized and possessed and wherever situate and being without any exception or reserve whatsoever. To have and to all all and singular the said property, real and personal, moveable and immovable above described and bequeath as aforesaid unto my said daughter, her heirs and assigns to the only proper use of the said Margaret Ball, her heirs and assigns, from and after my decease from thenceforth forever.

As for the execution of this my present last will or testament, I do hereby nominate and appoint my said daughter Miss Margaret Ball, into whose hands I do hereby deseize and divest myself for the ends hereof and hereby instituting her my sole universal legatee; hereby revoking all other wills which I may have made prior or before the present to which alone I do adhere as containing my true intentions and last will. Thus done, dictated, published and declared by she the said testatrix as and for her last will, to and in the presence of Léonidas-Praxède Bernard, the undersigned Notary Public, residing at the Parish of Cap Santé, and of Mr. Alfred Morisset, Station Agent & Mr. John Miller, Gentleman, both residing in the parish of N.-D. de Portneuf aforesaid, witnesses hereto requested, on the day, month and year first above written, under the number six thousand and fifty two, and the said foregoing will having been read to the said testatrix by the said Notary in the presence of the said witnesses, she hath persisted therein as containing her last will. In faith and testimony whereof the said witnesses & Notary have set and subscribed their names and signature, in the presence of the said testatrix, who hath declared to be illiterate, he whole in the presence of the said Notary and witnesses. John Miller, his signature; A. Morisset, L.-P. Bernard, N.P., his signature.6      Photo courtesy of Jean Pierce of Pismo Beach CA.

The family legend is that five Ball brothers came to Portneuf, Quebec from Ireland. While only three brothers are found living together in the Bourglouis portion of the county of Portneuf, Quebec, in 1851, it is clear that the family arrived at least as early as July 1846 when Abraham married in Quebec City, so other family members could have chosen another location in which to settle during those early years in Canada.
However, it is also possible that the family legend intended to refer to only three Ball brothers and the two Williamson siblings: Susanna (who married Abraham Ball) and her brother Samuel who was living with the three Ball brothers at the time of the 1851 census. All five of these people came from Ireland, perhaps together.1