Silla Ball was born circa 1852 at Allegheny, Allegheny Co., PA.1,2 She was the daughter of David Ball and Mehitable A. Richardson.1

Children of Charles Percy Ball and Etta May Jeffrey

Howard J. Ball was born circa 1913 at CO.1 He was the son of Charles Egbert Ball and Annettie Brewster.1

Etta May Jeffrey was born on 8 November 1893 at Garden Plain, Sedgwick Co., KS.2 She was the daughter of Thomas John Jeffrey and Sarah Catherine Bohall.3 Etta May Jeffrey married Charles Percy Ball, son of Charles Egbert Ball and Annettie Brewster, on 25 November 1914.2 Etta May Jeffrey died on 7 October 1961 at Pueblo, Pueblo Co., CO, at age 67.2 She was buried at Manzanola Mountainview Cemetery, Manzanola, Otero Co., CO.4

Children of Etta May Jeffrey and Charles Percy Ball

Zelma V. Ball is the daughter of Charles Percy Ball and Etta May Jeffrey.1

Grace E. Ball was born on 25 October 1922 at Olney Springs, Otero Co., CO.2 She was the daughter of Charles Percy Ball and Etta May Jeffrey.1 Grace E. Ball died on 27 March 2008 at age 85.3 She was buried at Fowler Cemetery, Fowler, Otero Co., CO.3
From an obituary in the "Ordway New Era": A graveside memorial service for Grace Ball Doak, 85, Fowler, was held Monday at the Fowler Cemetery. She died March 27, 2008, at the family home. Per her request, there was no visitation. Mrs. Doak was born Oct 25, 1922, in Olney Springs to Charles P. Ball and Etta Jeffery Ball. In 1927, the family moved to Buckeye Hill north of Manzanola to the farm her grandparents had homsteaded. In 1939, she graduated from Manzanola High School and on July 12, 1941, married George W. Doak. During World War II, Mrs. Doak worked as a "Rosie the riveter" in an airplane factory in San Diego, CA. Following the war, she returned to the family homestead, remaining there until 1969 when the family moved to a dairy farm near Fowler. She also worked many years as the site manager for Meals on Wheels in Fowler. In her retirement years, she spent her summers in Fowler and winters in Phoenix, AZ. She was an avid gardener, who also loved to travel and took many trips in her later years including a trip to England to "trace her roots." She is survived by children Sandy Flynn of Monument, Joyce(Dave) Sacchetta of Olney Springs, Pam Cadwallader of Cheraw, Lynette(Wade) Foster of Cheraw and Keith(Patty) Doak of Fowler. Also surviving are grandchildren Darin Hjelmstad, Donna Steger, Teri Charles, Mike Doak, Kyle Doak, Brandon Doak, Timmery Foster and Zeke Foster.
Great grandchildren include Corey Hjelmstad, Ryan Hjelmstad, Ian Hjelmstad and Colton Charles. A sister, Irene Groves, also survives. Mrs. Doak was preceded in death by her husband George, grandson Eric Sacchetta and a sister, Zelma McDowell.3 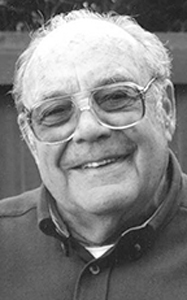 Robert Brown Ball
b. 1930 Sacramento CA
d. 2013 Davis CA
Photograph by TeamMember
Robert Brown Ball was born on 24 April 1930 at Sacramento, Sacramento Co., CA.2,1 He was the son of Walter Scott Ball and Mary Elda Brown.2 Robert Brown Ball married Joan Marie Pesavento, daughter of Joseph Pesavento and Elsie Larsen, in 1953.2 Robert Brown Ball died on 4 March 2013 at Davis, Yolo Co., CA, at age 82.3
From an obituary in "The Davis Enterprise" Yolo County, California: Robert (Bob) Ball passed away peacefully in his sleep on Monday, March 4, 2013. He was born on April 24, 1930, in Sacramento to Walter and Mary Ball. He attended McClatchy High School in Sacramento, received an AA degree from Sacramento Junior College, and a BS degree in agronomy at UC Davis. In 1951, he served in the U.S. Air Force in French Morocco. He married Joan Pesavento in 1953 and they settled in Davis, where they raised six children together.
Bob was well known locally, nationally and even internationally for his work on seed certification and agriculture. He served the University of California since 1956 where he began as a staff research associate. He ultimately became the manager of the California Crop Improvement Association (CCIA) and assistant director of Foundation Seed and Plant Materials Service. As manager of CCIA, he worked with seedsmen, seed dealers, agricultural commissioners and county farm advisers. He was often called upon to train and give talks to university groups and seed technologists, and he was a guest lecturer to students in vegetable crops and agronomy.
Bob played a major role in developing plans for the construction of a much-needed new Seed Research Center at UC Davis; the building represented one of the few examples of cooperation between the private sector and the university. Bob was the recipient of the Distinguished Achievement Award from the university in 1985; he was recognized for his extraordinary service to the university and to the public. He also served on many committees in the community, including the East Davis Fire District and the Willowbank Club.
Bob was preceded in death by his wife (Joan), by his parents, and by his brother, Jim Ball. He is survived by his sister Patty Smith, his children Jan (Dave), Lorrie (Steve), Dan (Paula), Mary Ann (Jeff), Katie (John) and Bill (Stacey), and 11 grandchildren.      Photo courtesy of Matthew Ball.3