F, #69362, b. circa 1865
Display family
Sarah MacCrimmon was born circa 1865 at ON, Canada. She was the daughter of William MacCrimmon and Margret McCuaig.

M, #69363, b. circa 1868
Display family
Norman MacCrimmon was born circa 1868 at ON, Canada. He was the son of William MacCrimmon and Margret McCuaig. 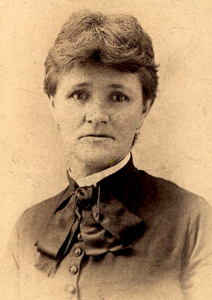 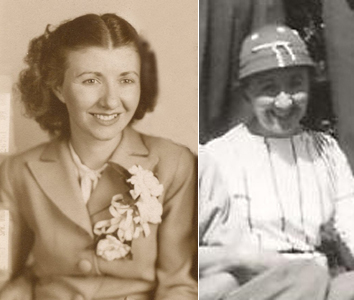 Ruth Bennett
b. 1918 Darke Co., OH
d. 1989 Springfield OH
Ruth Bennett was born on 12 December 1918 at Darke Co., OH.2 She was the daughter of Vermont Henry Bennett and Lura Vivian Monroe.1 Ruth Bennett married Robert Marion Birt, son of James Rollie Birt and Ada Blanche Ford, on 13 April 1944 at Springfield, Clark Co., OH.3 Ruth Bennett died on 9 June 1989 at Springfield, Clark Co., OH, at age 70.2 She was buried at Shooks Cemetery, Darke Co., OH.2
From an obituary: Ruth Bennett was the fourth child born to Vermont Henry and Lura Vivian (Monroe) Bennett. She was born near Yorkshire, in Darke County, Ohio. She was briefly married to Kenny Lane before marrying the love of her life, Robert Marion Birt, in 1944. Together, they had three children: Joe Robert, Sarah Elizabeth, and a stillborn twin to Sarah. Ruth was widowed in 1968 and worked hard to raise her two children on her own as she never remarried. She worked at the Rike Kumler Department Store in Dayton, Ohio for a time and was highly thought of as an employee. She was a wonderful painter, cook, and gardener. She passed away at the age of 70 after battling breast cancer.2      Photos courtesy of Rachel Harmon. 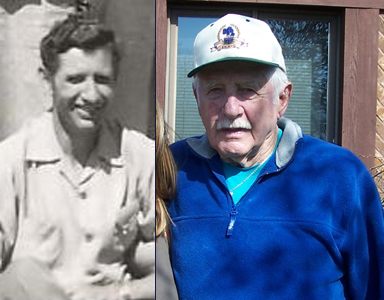 Dwight Monroe Bennett
b. 1921 Yorkshire OH
d. 2011 Lima OH
Dwight Monroe Bennett was born on 5 July 1921 at Yorkshire, Darke Co., OH.2 He was the son of Vermont Henry Bennett and Lura Vivian Monroe.1 Dwight Monroe Bennett married Elvah Louise Roesner, daughter of Edward Roesner and Goldie Helen Lee, on 15 January 1942 at Jay Co., IN.3 Dwight Monroe Bennett and Elvah Louise Roesner were divorced on 26 January 1968.4 Dwight Monroe Bennett married Marie Shimp, daughter of Charles Shimp, on 29 January 1968.5 Dwight Monroe Bennett married Mildred L. Fallen, daughter of William Fallen and Marguerite Wagner, on 16 March 1997 at OH.4 Dwight Monroe Bennett died on 21 February 2011 at Lima, Allen Co., OH, at age 89.2 He was buried at Hamilton-Bethel Cemetery, Mendon, Mercer Co., OH.2
From an obituary: Dwight Monroe Bennett, 89, died at 11:45 a.m. Feb. 21, 2011, at St. Rita's Medical Center, following a brief illness. He was born July 5, 1921, in Yorkshire to Vermont Henry and Lura Monroe Bennett, who preceded her in death. In 1942, he married Louise Roesner, the mother of his children, who preceded him in death. He also had been married to Marie Shimp and Mildred Partin, who preceded him in death. Mr. Bennett, the fifth of six children, was raised on a farm in Yorkshire, where he graduated high school in 1939. He started working at Goodyear Tire & Rubber Co. in 1940 and retired after more than 36 years. He then became a carpenter's helper and then a greenskeeper at The Oaks Golf Club, Van Wert, from which he retired when he was 85. He lived on Denny Road, Mendon, for several years and moved to Roselawn Manor Nursing Home, Spencerville, in August 2010. The last months of his life were very happy there and he made many lasting friendships. He was proud to be its honorary assistant to the activities director. Although he has entered a more abundant life, he will be mourned by his family and friends. He was a member of Chattanooga United Methodist Church, Chattanooga. He was a member of the Lions Club, Mendon; the Spencerville Odd Fellows and Lodge 29 Free & Accepted Masons, where he served as grand master and had been Mason of the Year.
Survivors include five children, Fred (Judy) Bennett, of South Padre Island, Texas, Jane (Bob Risher) Patterson, of Lima, Joe (Karen) Bennett, of Celina, Cathy (Bill Vondrell) Bruns, of Celina, and Randy (Cindy) Bennett; a daughter-in-law, Mary Bennett; and seven grandchildren and three great-grandchildren. He was preceded in death by a son, Greg Bennett, who died in March 2009.2      Photo courtesy of Rachel Harmon.