Sybil Patterson was baptized on 27 November 1715.1 She was the daughter of Joseph Patterson and Mary (????)1 Sybil Patterson married David Ball, son of Joseph Ball and Elizabeth Parkhurst, on 10 July 1735 at Watertown, Middlesex Co., MA.2
The will of Sybil Patterson: "In The Name of God Amen The Seventeenth Day of April one thousand Seven Hundred and Seventy, I, widow Sibel Ball Living in Framingham in the County of Midel Six within his Majesties Province of the Massechusets in New England Spinster, I being Under The indisposition the infirmity of Body But of perfect mind & memory thanks be given To God for the Same, therefore Calling to mind the Mortality of my Body and Knowing that it is appointed By an Unchangable Decree for men once to Die Doe therefore now whilst I am in the full injoyment of my Memory & understand ing that Peace and Justice may Be to those that Succeed me I make & ordain this Instroment to be my Last will and testament ???? to Say Principally and first of ???? I Give & Recommend my Soul into the hands of Allmity God in & thru Jesus Christ my Ever Blessed Redeemer & My Body I Recommend to the Earth to Be Buried in a Deasent Christian Burial. At the Dissiression of my Executor hereafter ???? Nothing Doubting, But at the Great Resurrection, I Shall Receive the Same Again By the Mighty Power of God as touching, Sutch worly Estate Where unto it hath pleased God to Bless me in this LIfe, I Do therefore after the Debts and Funarel Charges Be Defrayed, Imprimis, I Give & Bequeath and Dispose In the following manner, Item, I Give and Bequeath to my Grand Daughter Percy Goodanofe Two pounds thirteen Shillings and four pence Lawful money, to Be put out upon intrust After my Decease untill the sd Percy Come of age to Be left in the hand of my Executor. Item, I Give & Bequeath to my Daughter Elizabeth Goodanofe my Iron Kittel & ???? Linnen & wolling wheeal, over and above the Rest of my Daughters, & likewise that the Above mentioned things with all that Shall fall to my Daughter Elizabeth Goodanofe When Equally Divided amonge my Daughters as hereafter will Be Discribed is to Be Left in the hand of my Executor to Be Given to her as he Shall think Best and as Ther Nessesities may Call for, Item, I give and Bequeath to my three Daughters Mary Haden, Sibel Osben & Elizabeth Goodnof, all my Substance, Equally to Be Divided among them Except the above Named articals, Viz, two pound thirteen Shilling and four pence, Iron kittel Linen & woling wheeals & paying the Debts And Funarel Charges. I Do here by Nominate & appoint, Issac Haven of- Framingham in the County of Midilsix to Be the Soul Executor of my Last will And Testament, and to take Care of Elizabeth Goodanofe & Percy Goodnofe and to See that my will Be Duly Executed & observed here by utterly Disalowing Revoaking & Nullifying all & Every other testaments with or Requists ???? In any ways Before Named willed & Bequeathed Rattifying allowing and Confirming this & no other be my last will & Testament in witness whereof I have here unto Set my hand & Seal Ye Day & Year above written Signed Sealed Published Pronounced and Delivered By the Said widow Sibel Ball as her Last will and testament in the presents of us the Subscribers
Peter Wight     [:TAB:     Her
Aaron Wight physision     Sibel X Ball
Daniel Wight               Mark."3

Mary Ball was baptized on 19 December 1736.1 She was the daughter of David Ball and Sybil Patterson.1 Mary Ball married Thomas Hayden, son of Josiah Hayden and Sarah Axtell, on 27 November 1755 at Sudbury, Middlesex Co., MA.2

Sybil Ball was baptized on 19 March 1738/39.1 She was the daughter of David Ball and Sybil Patterson.1

Mary Ball was born on 29 August 1734 at Holliston, Middlesex Co., MA.1 She was the daughter of Abraham Ball and Martha Bridges.1
Comment by DGB: Warren in his work has this Mary as marrying Thomas Hayden at Sudbury MA, but there is nothing to conclusively connect that Mary to this one. End of comment.

David Ball was baptized on 4 January 1743.1 He was the son of David Ball and Sybil Patterson.1
He may have been the David Ball who was a grantee of Vernon, Vermont 1801.1

David Gilman Ball is the son of Edward Charles Ball and Violet MacCrimmon. 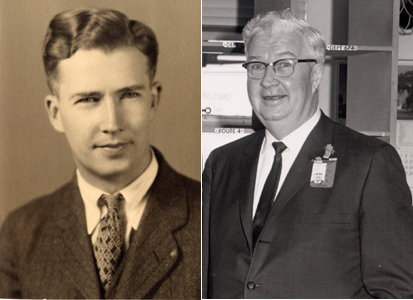 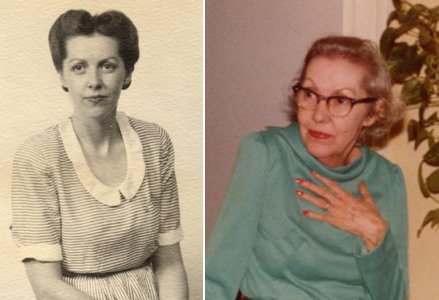 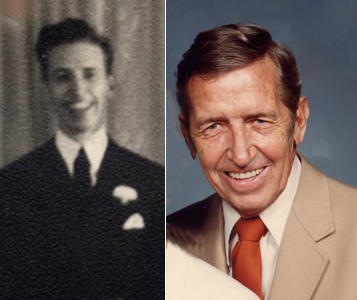 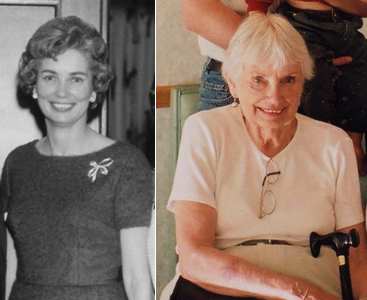 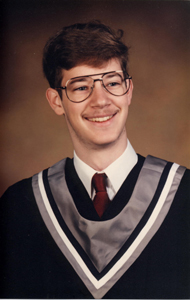 Reed Jonathan Ball
b. 1973 Omaha NE
d. 1994 Calgary AB Canada
[photo 1991]
Reed Jonathan Ball was born at 9:19AM at University of Nebraska Hospital on 20 February 1973 at Omaha, Douglas Co., NE.1 He was the son of David Gilman Ball and Phyllis Marie Bennett.1 Reed Jonathan Ball died on 27 June 1994 at Calgary, AB, Canada, at age 21; suicide.2 He was buried in July 1994 at Calgary, AB, Canada; his ashes were buried in a favourite place in Fish Creek Provincial Park where the deer rested during the day.
Photo courtesy of David and Bonny Ball of North Vancouver, BC, Canada. 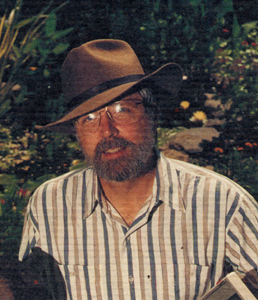 Jeffrey Norman Ball
b. 1939 Lynn MA
d. 2011 Attica MI
[photo 1996]
Jeffrey Norman Ball was born on 29 August 1939 at Lynn, Essex Co., MA. He was the son of Edward Charles Ball and Violet MacCrimmon. Jeffrey Norman Ball died on 11 November 2011 at Attica, Lapeer Co., MI, at age 72.
From an article in the "Philadelphia Inquirer" by staff writer Sally Downey: Jeffrey Norman Ball, 72, who gave up a career as a social welfare administrator to become a gardening guru, died of cancer Friday, Nov. 11, at his home in Attica, Mich. He formerly lived in Springfield, Delaware County (PA). In 1983, Mr. Ball's life changed after his book The Self-Sufficient Suburban Garden was published by Rodale Press. It was followed by a half-dozen more books, a garden manager software program, a cable television series, a weekly newspaper column, garden videos, and an eight-year stint as garden consultant on NBC's "Today".
His website, yardener.com, provides information on plant care, products, and tools, plus seasonal gardening advice. Before publishing his first book, Mr. Ball spent 15 years in the human services field, including serving as deputy secretary for children and youth in the Pennsylvania Department of Welfare in Harrisburg and as director of Philadelphia Citizens for Children and Youth. He was "close to alcoholism" and "a clinical burnout," he told an Inquirer reporter in 1985, before trading in a big budget and staff for "a quarter-acre and two cats" in Springfield. Instead of the usual patio and barbecue, he and his wife, Liz, had an extensive vegetable garden with then-innovative raised beds and trellises. Two beehives on a second-floor deck produced 200 pounds of honey, a solar greenhouse kept plants warm, and a root cellar provided storage for vegetables.
Mr. Ball designed an automatic drip irrigation system and a three-bin system for composting. "What literally gives me pleasure," he told The Inquirer, "is that I may have another idea, and having the idea, then taking it to the point where it's a product - a book, a garden system, a computer program." He and his wife coined the term "yardeners" - homeowners who have lawns and plants to care for, but who aren't really gardeners. She shot photographs for several of his books and co-wrote others with him. Even after they divorced in 1992, they remained business partners, and she helped produce his monthly Today segments, which were telecast until the late 1990s.
Mr. Ball grew up in New England and spent summers on his grandparents' farm in Canada. After graduating from New London High School in Connecticut, he earned a bachelor's degree in 1961 from the University of Rochester, where he met his future wife. He then served in the Navy on a destroyer in the Mediterranean for three years and was on the NROTC faculty at Brown University for two years. After his discharge, he earned a master's degree in community organization from Bryn Mawr College's Graduate School of Social Work in 1968. He worked for the Model Cities Program and other social-service agencies in Philadelphia. He was appointed deputy secretary for children and youth in 1972.
While living in Harrisburg, he caught the gardening bug and tried to buy a book on basic vegetable gardening, Liz Ball said. He could not find one to suit him, she said, so he decided that if he had to research all the information, he might as well write a book himself. Subsequently, he produced six titles for Rodale Press, among them the organic Problem Solver series. Mr. Ball and his wife and son moved to Springfield in 1976. From his garden there he hosted a series of cable television shows called Suburban Homestead. He took up running in the late 1960s and once completed the Philadelphia Marathon. He had great enthusiasm and was always ahead of a trend, Liz Ball said. He had one of the first desktop computers produced, she said. Mr. Ball moved to Michigan in the late 1990s.
In an interview for Gardenrant.com in 2007, Mr. Ball advised garden writers to take a proactive approach to developments on the Internet. "If we get defensive every time another change appears, we might lose out in the long run." Asked what the future held for garden writers, he said: "I'm convinced that meeting clueless homeowners where they are and leading them forward into 21st-century 'yard' practices is the way to have the most impact." Mr. Ball is survived by a son, Ted; his life partner, Nancy Szerlag; a brother; and his former wife. A service will be private. Mr. Ball's family plans to plant a tree in his memory in a park in Springfield.      Photo courtesy of Jeff Ball of Attica MI.